Niko was renting a San Francisco apartment and ran into a problem installing solar: He could not put panels on his roof because he needed approval from his landlord. Additionally, he would need to remove the rooftop solar and undo the electrical work next time he moved.

Niko needed a self-contained, removable and self-installable solar system. He built a system with parts from Amazon, wrote about it, and received 200,000 reads in a few days and great feedback on this article.

Three years and many articles and kits later, we started offering easy kits for purchase. They have been used for camping, RVs, van-life, festivals, backup power after extreme weather and of course in urban apartments.

If we can make solar energy a consumer electronic, it can spread as fast as the satellite dish has.

Or the window air conditioner. Or the smartphone. We are starting small with small kits, but as battery and solar prices come down, we will soon be able to cover more use cases. 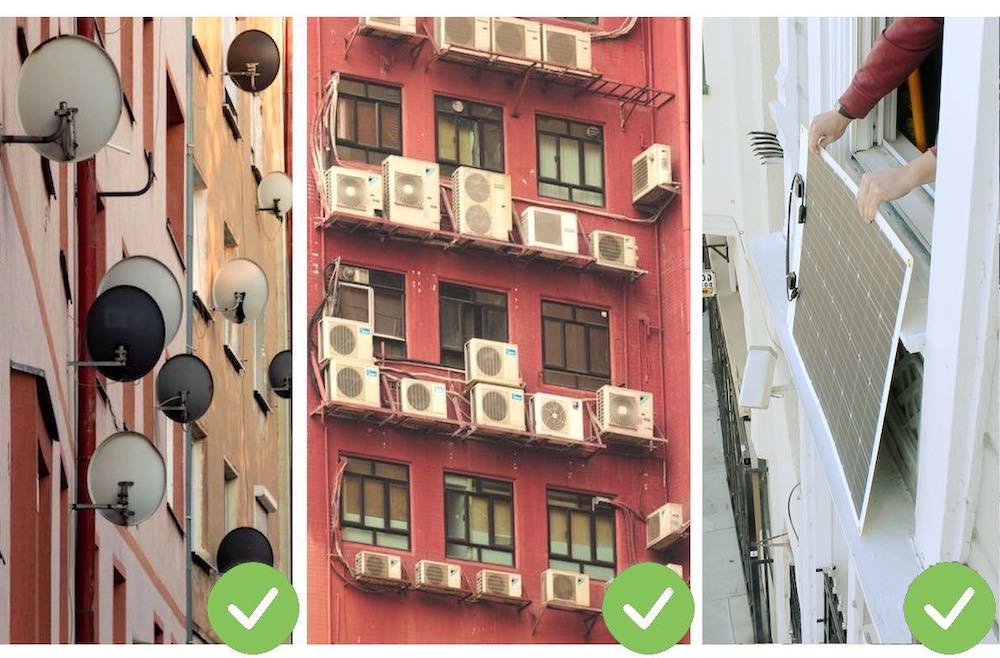 Our mission is to make purchasing solar/storage as easy as purchasing any other consumer electronic.

Niko showing off his current system: