How to Convert a Ford Transit to Run Off Solar 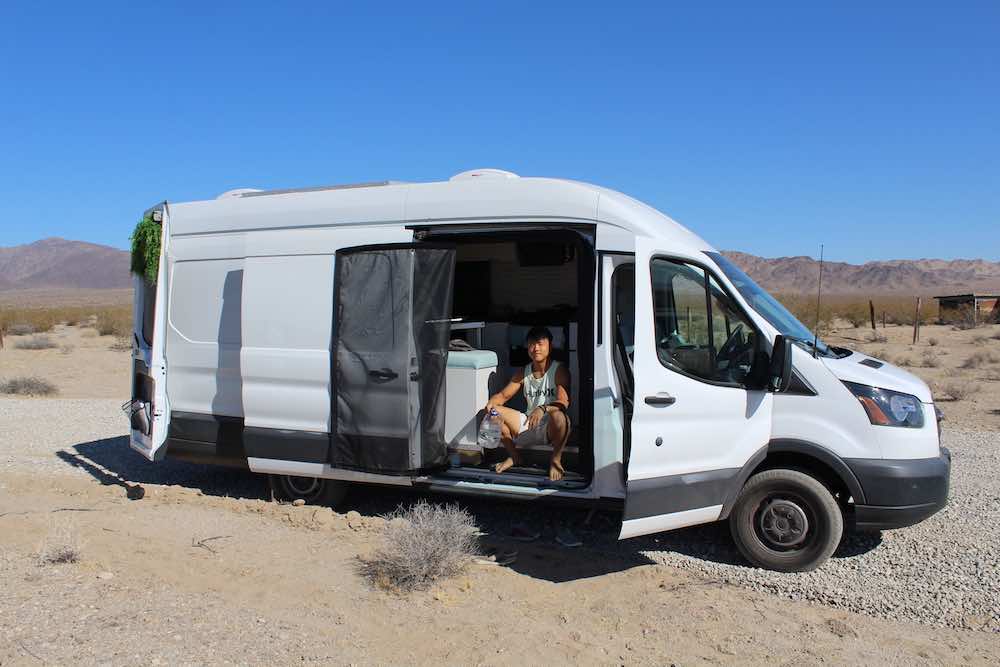 Gene is the founder of Pyonvans.com, and this is their flagship model. He has been traveling during Covid, away from his home in Chicago, and is currently driving around the West Coast of the US.

His company converted a 2019 Ford Transit (similar to the wildly popular Mercedes Sprinter van) to be a livable, luxury home on wheels. The insides have quite some power requirements, and they decided to power them by solar when not connected to shore power. 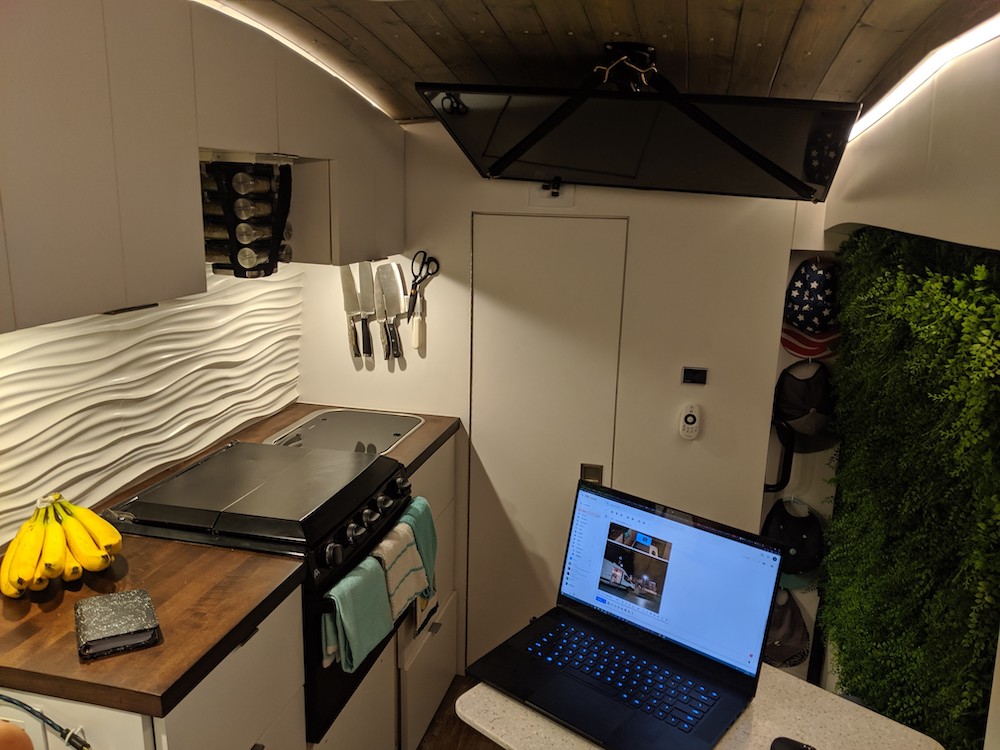 Inside the Pyon van at night with the doors closed - including a TV!

His beautiful Ford Transit van is what you could call on the more luxurious end of the spectrum (it is a flagship after all), and includes everything from a fold-down TV including a Switch with internet connection for off-grid Smash Bros sessions, to a full roll-out e-bike docking system. 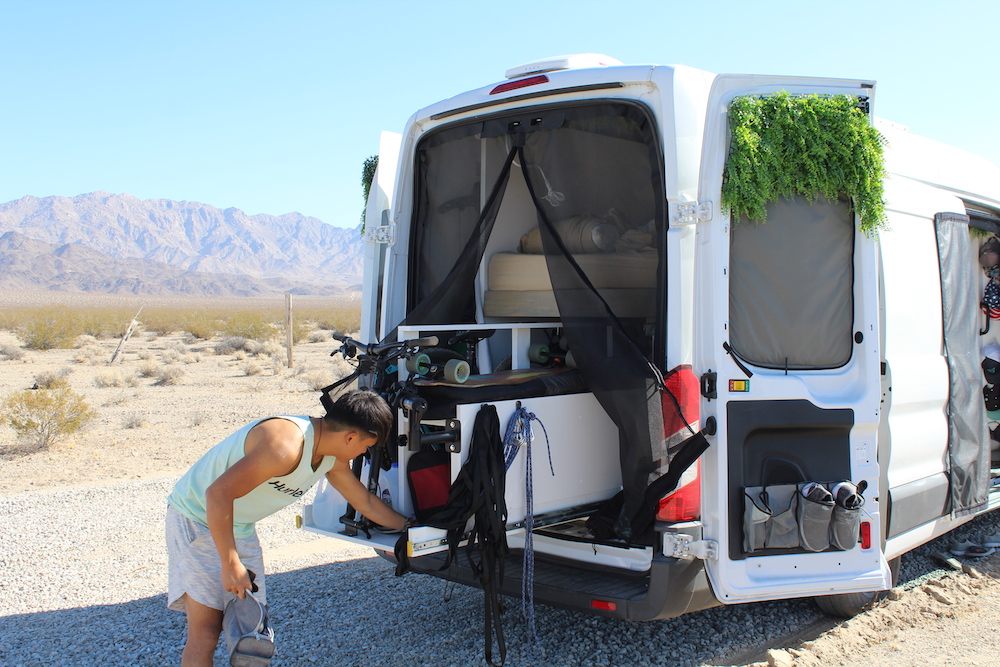 The Luxury Van, with insides powered by solar power.

These are the four main components of the solar set up that Gene used.

Parts Cost on Amazon: roughly $2,531 at time of writing, without tender (ie. cables and connectors) 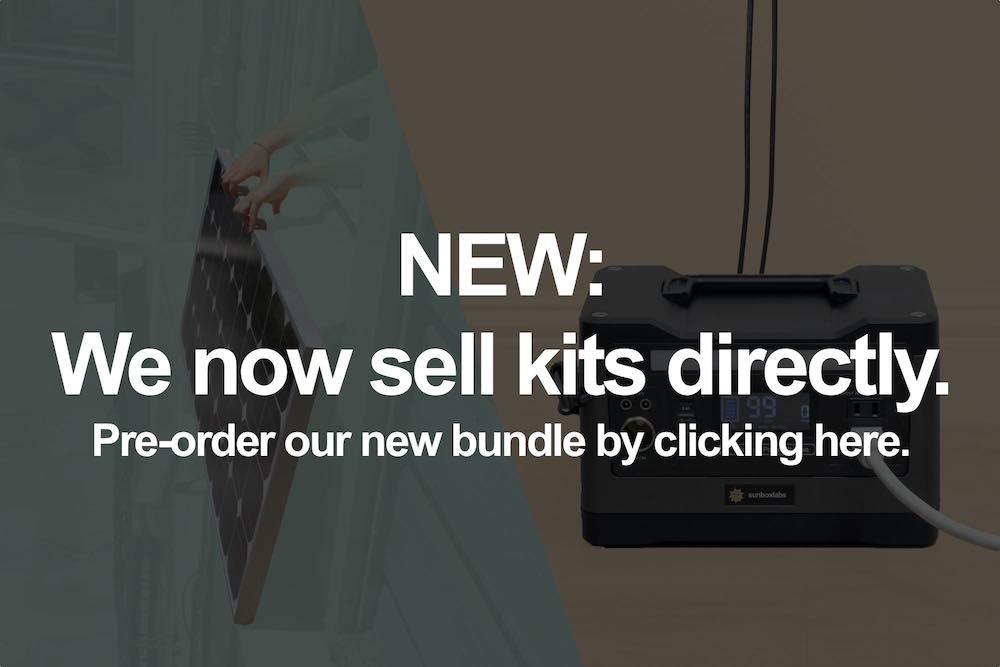 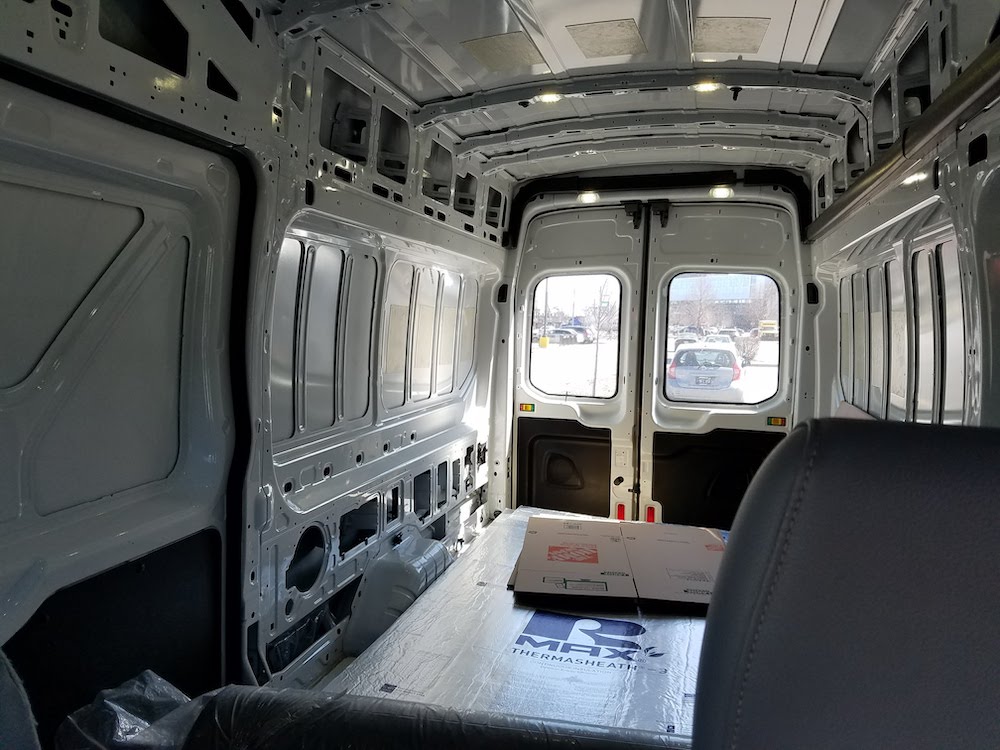 Gene’s team started off by fully insulating the van. 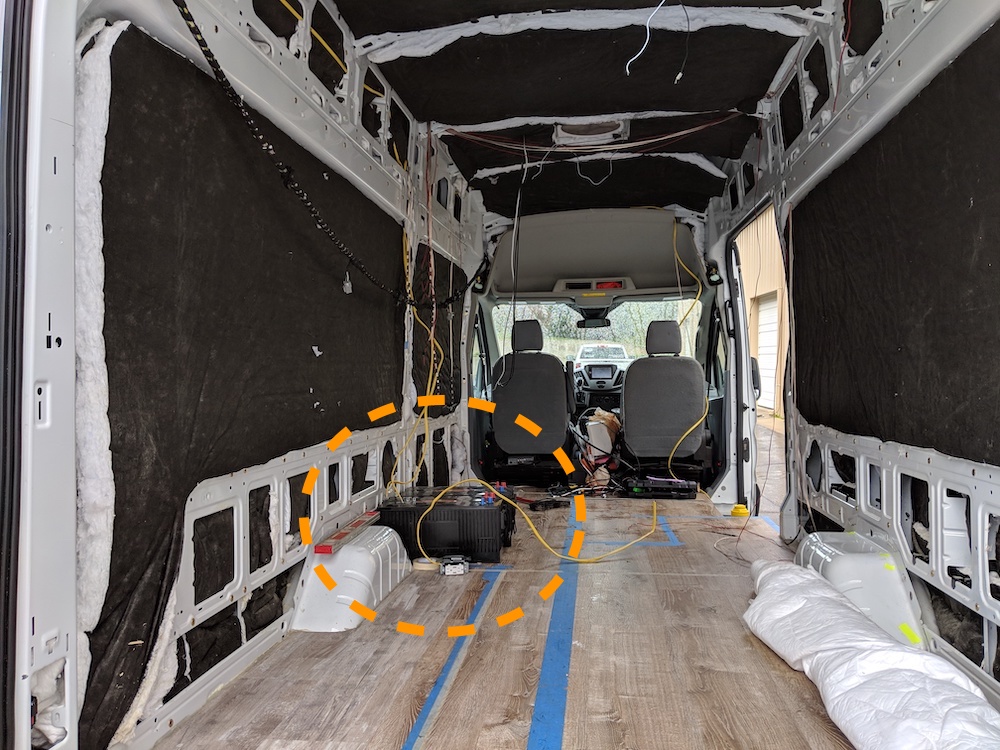 Finally, the large AGM batteries and the electrical system went in before the final build-out. 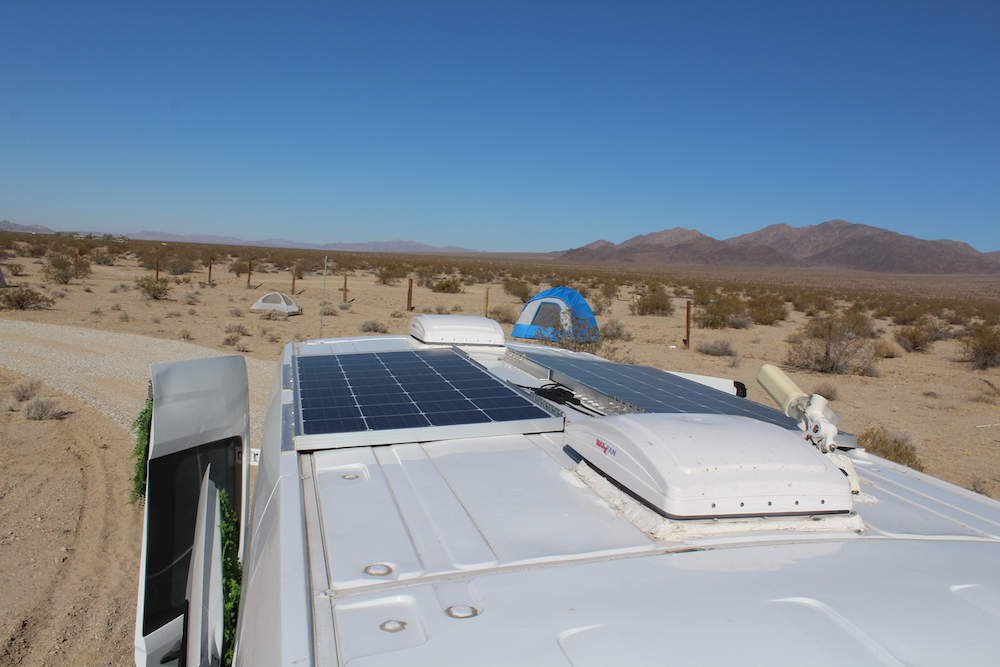 Then, they mounted two high-powered 180W solar panels to the roof and ran the cabling to the base of the bus.

The power requirements of the bus are more significant: a TV, internet connectivity, numerous devices, lights, and an air conditioner. So a 2000W pure sine inverter was the way to go. 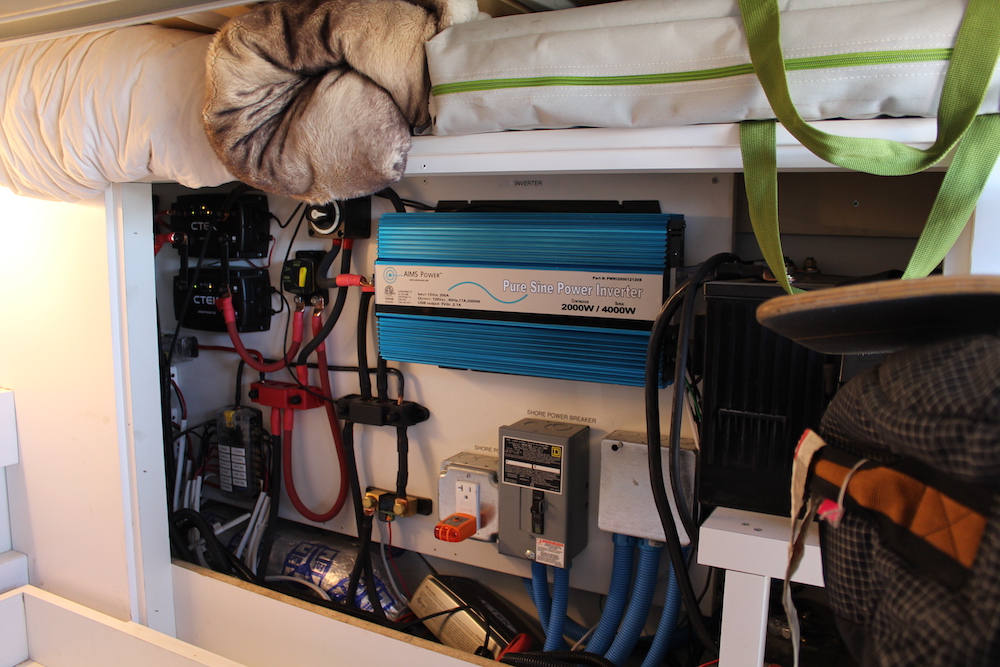 For the solar controller, a Bluetooth-connected CTEK solar charge controller was hooked up to the system (capable of up to 2400W solar input, but currently not maxed out with 360W of solar). 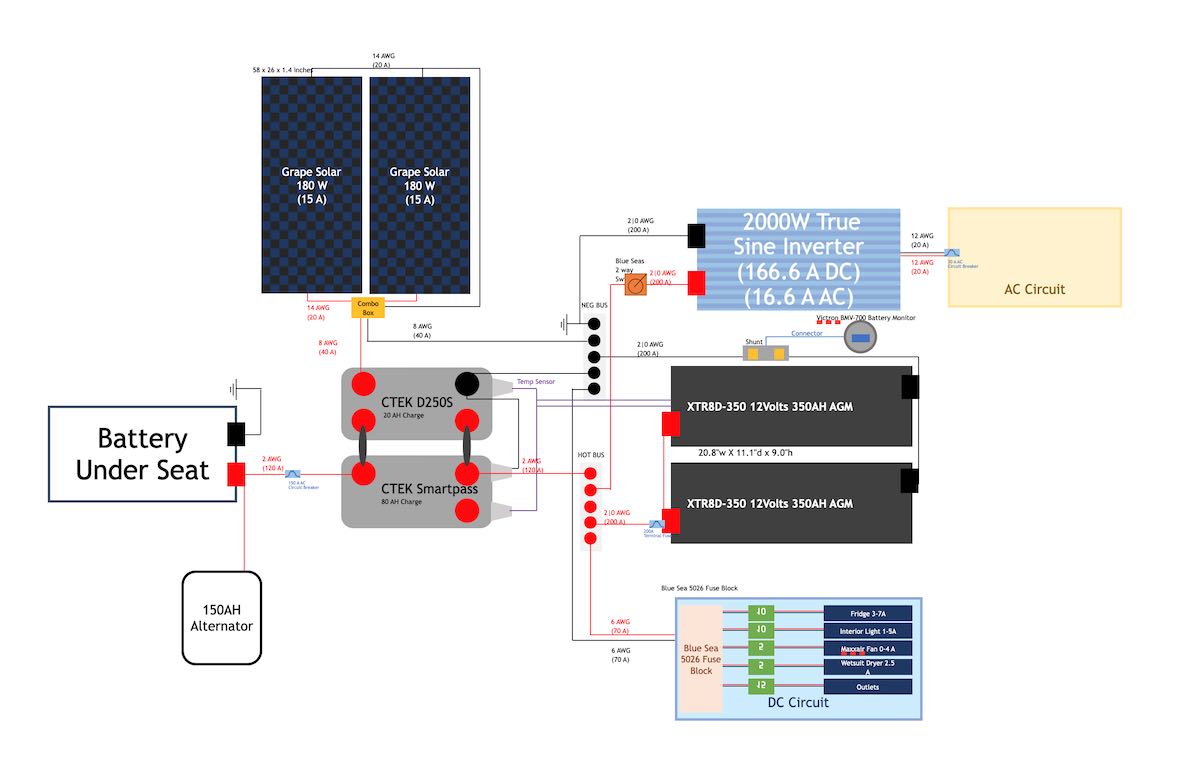