How to Convert a Jayco Ram to Run Off Solar

Austin is taking a gap year from the Industrial Design school at the University of Cincinnati DAAP to work remotely during Covid.

He had 2 weeks to build out his van before he needed to head out, in order to make it to a (distanced) festival across the country. 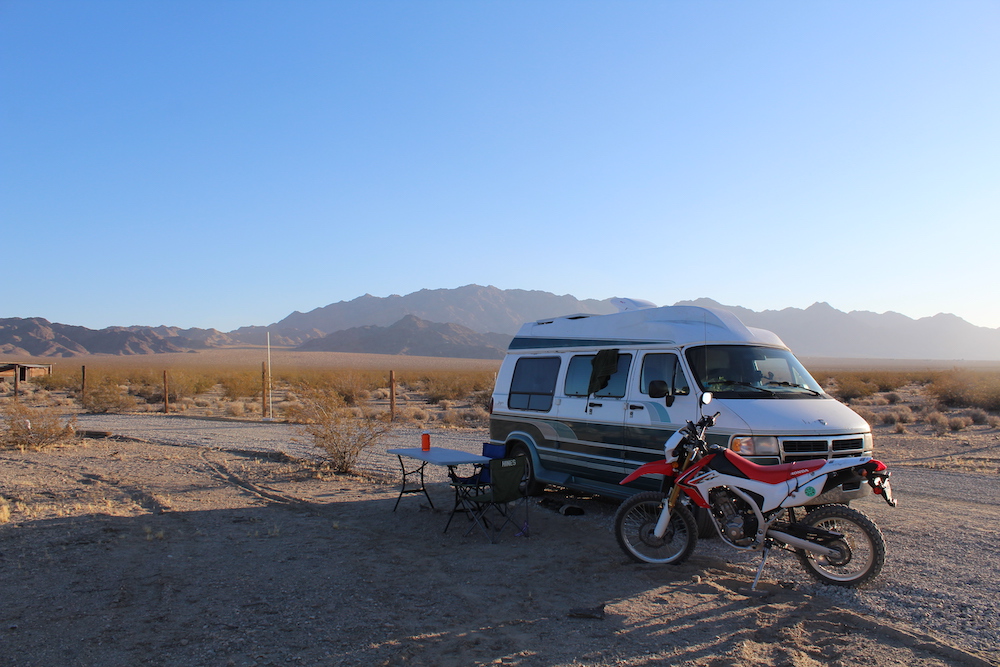 He built it out himself in a 2-week marathon, and finished the insides with beautiful old barn-wood, which he felt was fitting in order to represent his home town (where there are many barns). 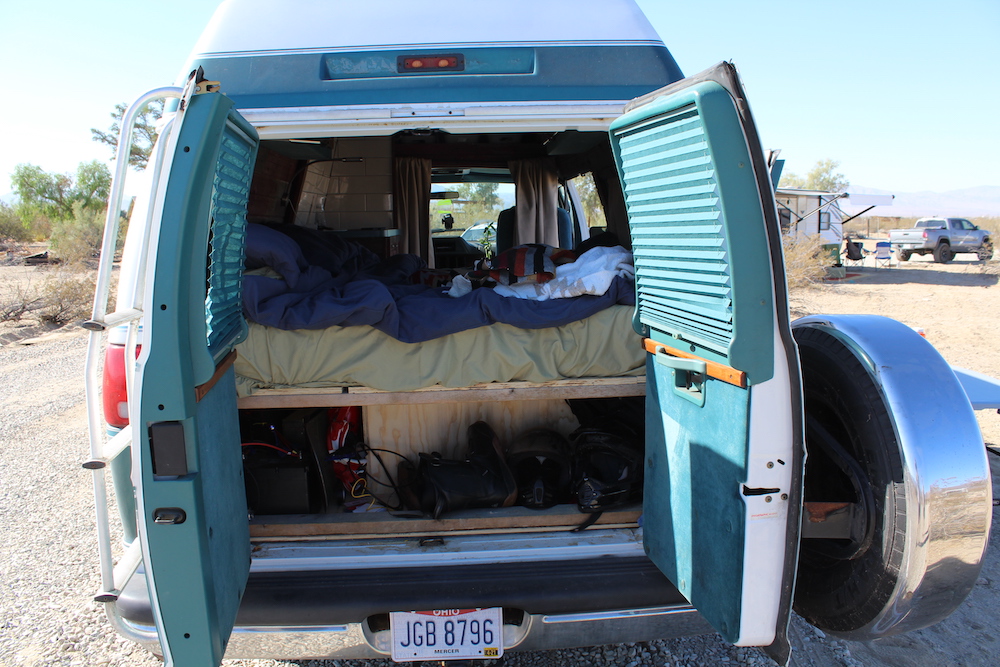 The solar system in this van takes advantage of the existing electrical system, as it is simply a drop-in replacement for the 1995-era battery. While back then it could only be charged from shore power (ie. plugging the van in) or the alternator (ie. driving the car), Austin added the capability to be charged by solar.

Austin’s power requirements are pretty light when on the road – he just needs to run lights, his laptop, and charge devices. So he could get by with a small 300W DC powered car-inverter for the system, plugged into the car’s cigarette lighter. Cooking is powered with gas, and he doesn’t run any high-powered devices.

He placed two 100W Renogy panels on the rooftop, affixed them with a mounting system, and wired through the van’s roof (of course sealing it well). 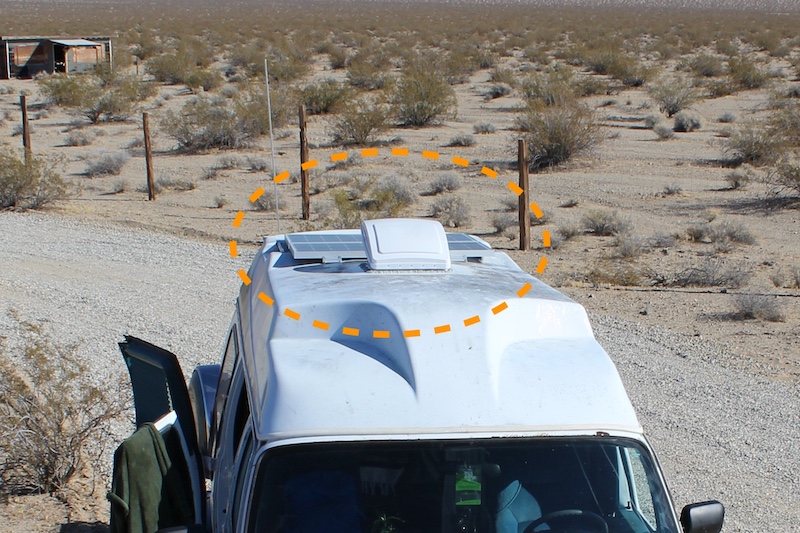 He replaced the deep-cycle lead-acid battery that was in the car with a lightweight Lithium Iron Phosphate battery with massive 1.2kWh storage. This means that he can run the lights and devices in the van as much as he likes, without ever worrying about emptying the battery. 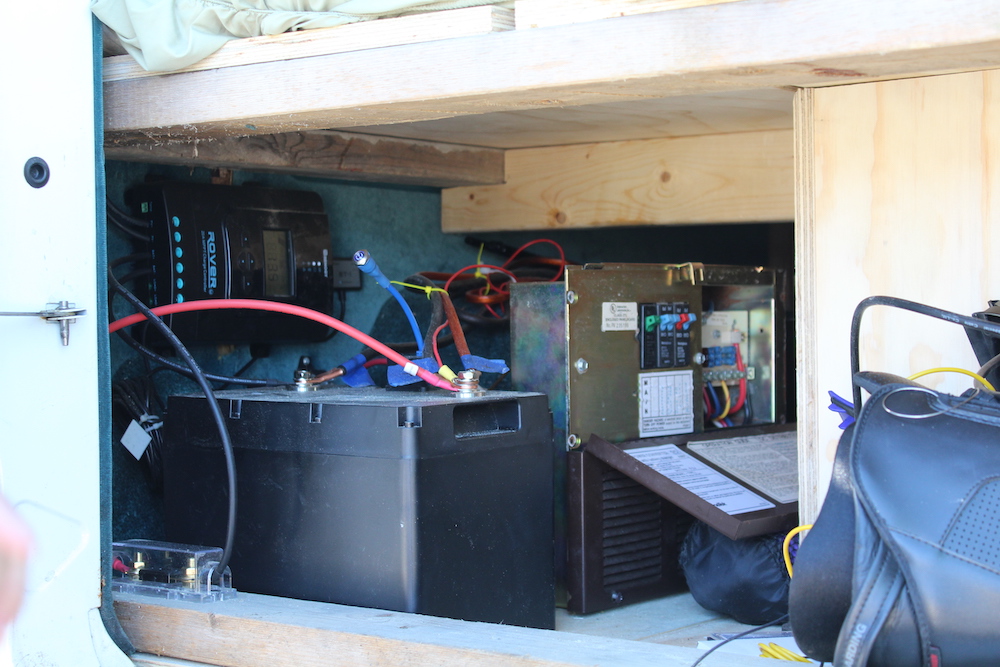 Finally, the solar controller is a Renogy controller that allows him to monitor the battery state with Bluetooth from inside the van (without crawling down into the battery space). 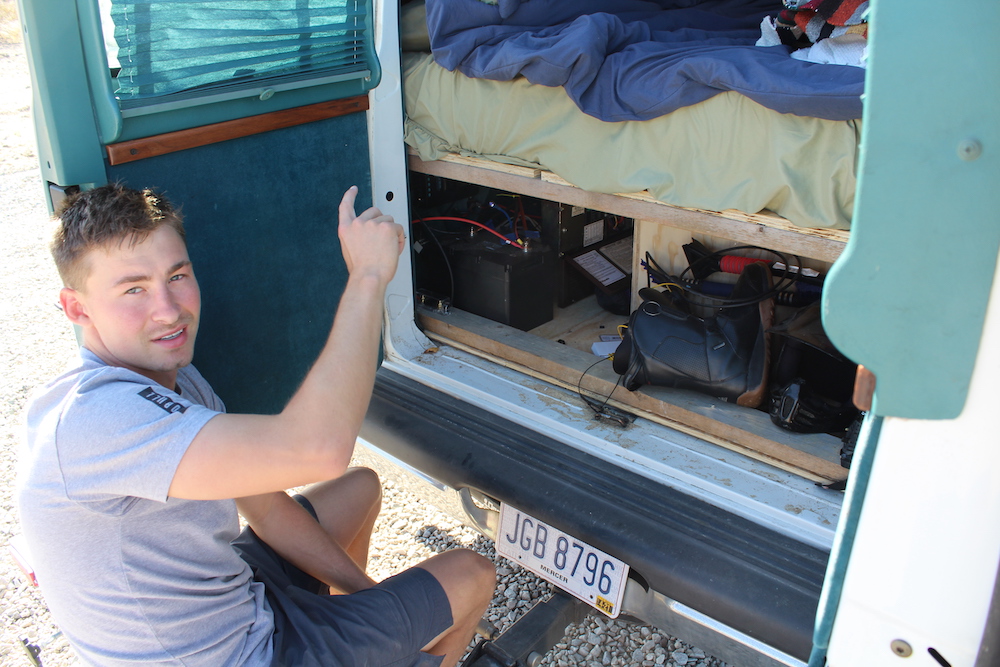 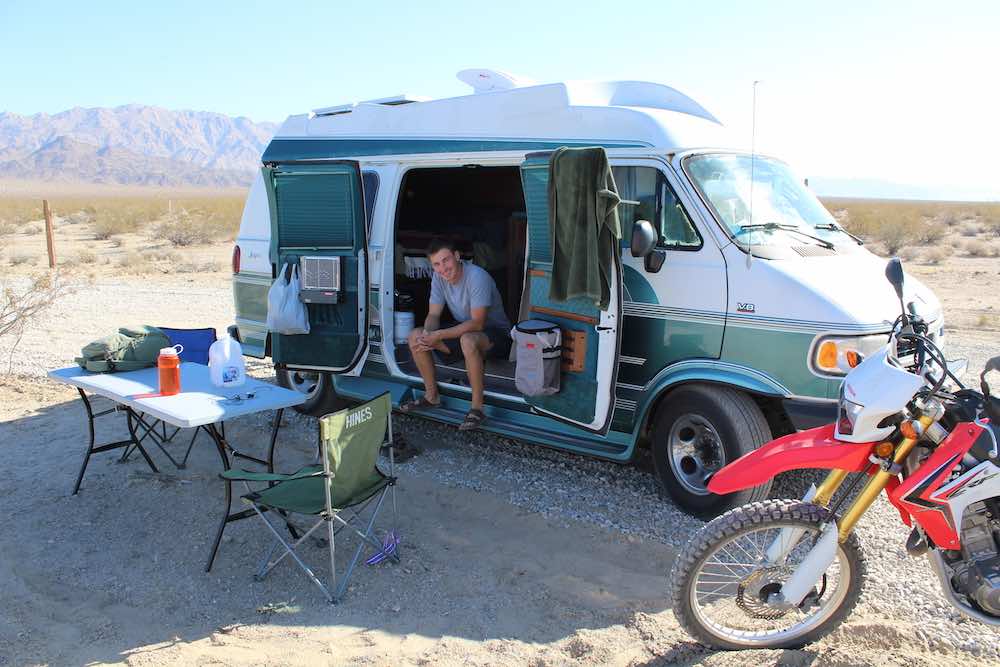 For my Solar set up it could not have been easier. My van already had a fuse box and inverter that I just had to rewire to. It also was connected to my alternator to charge the battery while I am driving. All I had to do was wire the solar panels to the solar charger and then connect that to the battery. My fuse box then distributed the energy throughout my van. Super simple, kind of lol

BUT, I would say navigating my way through the combination of already existing technology in the van (fuse box/invertor and wiring) and trying to figure out how I could connect new modern tech (solar panels + battery) took a long time. It took a long time because I had to learn how electricity and wiring worked in general. The difference between DC and AC what can run on each and etc. But totally worth it.

My build is a combination of plug and play solar + battery with existing ancient technology. Super fun and kind of redneck, but it works!